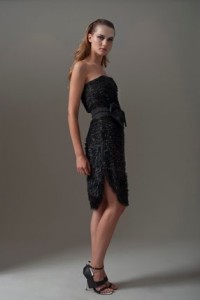 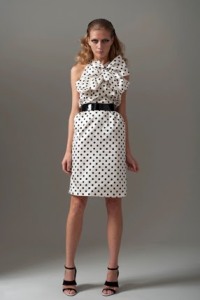 If you liked the dress Olivia Palermo wore in yesterday’s post, you’re in for a treat. Because I can reveal that this particular dress is by Singapore born designer Prabal Gurung. He hasn’t been on the fashion scene for a long time, having launched his own label during New York Fashion Week in february 2009, but he has been already causing a stir, collecting praise and fans all over the world.
This talented man studied fashion at New Delhi’s National Institue of Fashion Technology before moving to New York, where he was interning for Donna Karan, whilst studying at Parsons School of Design. There he won Best Designer competition. Then he was working for Bill Blass for five years before starting his own label.
In March this year he was nominated for CFDA Swarowski Womenswear Award and you can see why he’s so popular. His collections are full of beautiful dresses with intricate detailing and other pieces with edgy twist. I love it all! Here is few pictures from SS’10 collection.
Have a nice day.