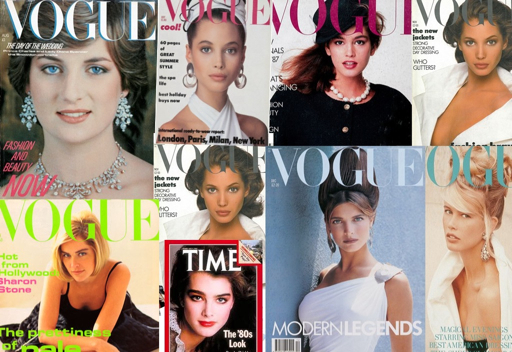 Last week I was reminiscing about the 80s. It was an era that gave us Flash dance, Rubic’s cube and neon – that has made a great comeback. We watched Dynasty and listened to Madonna and New Kids on The Block (at least I did..).
But today let’s concentrate more on the fashion. The only cover I could find from 1981 – the year I was born – was August issue of Vogue with Princess Diana who just got married to Charles. Wasn’t she pretty?!
Towards the end of the 80s the supermodels have started to appear. As you can see Christy Turlington and Cindy Crawford were among the first. Claudia, Stephanie and more followed. They all looked very fresh faced no? What is your favourite memory/thing that came out of the 80s?
Have a stylish day.